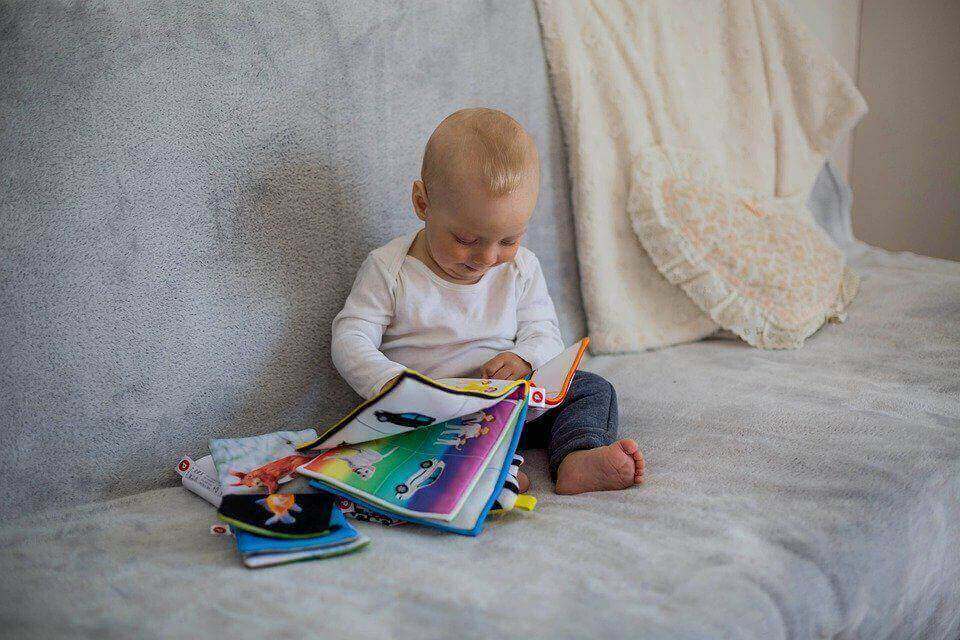 To date, many didactic material and printed manuals on early reading instruction have appeared using various techniques (the method of whole words, syllabic and alphanumeric methods). However, first, it is necessary to find out when, at what age, teaching a child to read will be more appropriate and, most importantly, will not harm him.

No one denies the fact that at an early and younger preschool age the child’s ability to absorb information is unprecedented, and the desire to receive it is greater than ever. Proponents of early learning of reading use this fact as a decisive argument in favor of the fact that the child should be taught to read as early as possible. In this case, as a counterargument, one can draw an analogy with a very hungry person who eagerly pounced on any food offered at that time, even obviously poor quality. So is the child - he will “swallow” any information offered to him. To understand what kind of “food” an early learning online instruction will be for a child, we will consider this question from the point of view of neuropsychology.

At the first stage (from birth to a year), the intensive development (maturation) of nerve networks in the brain stem takes place. If development is normal, then the child begins to sit, crawl, and walk in a timely manner. In addition, the brain stem structures are responsible for the somatic health of a person.

The second stage of brain development - after the maturation of the brain stem structures, the maturation of the right hemisphere begins. In girls, this period lasts up to 7 years, in boys up to 8-8.5 years. At this stage, there is a “deployment” of nerve networks in the right hemisphere. Therefore, at this age, all children are, as it were, hemispheric. At this time, the formation of such functions as feeling and controlling your body, fine motor skills, spatial coordination, visual, muscular, tactile, olfactory perception. Therefore, the main emphasis at this age should be made precisely on the development of these functions. It is at this age that all types of perception, attention, and memory must be developed in a child. Moreover, the education and development of children at this age should go in an integrated manner, i.e. through visual-figurative thinking.

The third stage of brain development (final) is the maturation of the frontal parts of the left hemisphere. In the process of development, the frontal lobe is laid at first and ends the development of the latter, and its intensive growth begins no earlier than 8 years and ends by 12-15 years.

The period of transition from one stage to another is strictly limited by objective neurobiological laws, which must be taken into account when setting a task for a child. If this task is in conflict or ahead of the current situation for the brain of a given child, then energetic robbery occurs in the formation of those brain structures and those processes that are currently being actively developed.

Recommendations for Parents and Teachers

Thus, based on the foregoing, educators and parents can recommend the following:

1. The main commandment in interacting with the child – do no harm! Early learning is a great way to stay with your children and helping them learn at the same time. Early childhood is the age when a child has the right to know the world around him, and violent acceleration of its development can cause irreparable harm. The high learning ability of young children is by no means a field for “adult” experiments (early literacy, sitting children at a computer, etc.)

2. A small child is primarily a “person playing”, and then “a person reading.” The child must learn to see, listen and hear, smell, feel, etc., that is, are acquainted with the objective world and its properties.

3. It is most advisable to teach children to read no earlier than 5.5 years, and 6-year-old children are not only possible but also even need to be introduced to letters and taught to read. Moreover, since children of this age are mainly located in preparatory groups for preschool educational institutions, reading classes can be introduced in these groups, only adults (educators and parents) must be taught to do this correctly.

Although all children have similar growth patterns, each one learns at their own pace and develops the skills to the extent that they can; temperament, the interaction he has with the world around him and the way he is taught, greatly influence his learning.

It is important that parents know the different stages and ages of child development because it helps them to be prepared when any change appears and will not take them by surprise, knowing how the child will act at each stage is essential to understand and support him in his increase. In addition, having knowledge of this allows parents to know how the child will act in the face of some physical contact, sounds, objects in their environment, etc. When a child has a slow development, parents should help him by spending more time, playing with him and providing him with the necessary tools to enhance that development.

Often parents and even teachers replace psychological development with information, learning almost from the cradle of letters, numbers, etc. Nevertheless, teaching a child too early to read, write, math, a foreign language, chess, sheet music, play with complex electronic devices can lead to early and illegal stimulation of the left hemisphere of the brain to the detriment of the right - imaginative, creative. Letters, numbers, notes and other symbols displace images, suppress visual-figurative thinking. The reaction to such early learning can be delayed in time and often later manifests itself in various kinds of neurotic and emotional-personality disorders and deviations: deviant behavior, a tendency to frequent illnesses, allergic reactions, ticks, obsessive movements, neuroses, spoken language disorders - stuttering dysarthria.

Simply it can be represented as follows:
1) recognition of a letter in its connection with sound
2) merging several letters into a syllable
3) merging several syllables into a word
4) combining several read words into a finished phrase

Thus, the basis of reading is the recognition of a letter in its connection with sound, i.e. the basis of preparing children for reading is the assimilation of the sound side of the language! Therefore, when learning to read and write it is necessary to have a pre-letter (purely sound) period of study. This period will consist of several stages: from the ability to distinguish sounds (and not just speech) in strength, pitch, timbre to sound analysis and synthesis, which then allows you to easily move from sound to sound-to-letter analysis, and in the wake of acquaintance with letters analysis - to synthesis, that is, to reading. It has been reliably established that the sensitive (optimal) period for the development of the child’s orientational activity in sound reality is the age of the fifth year of life. Therefore, it is necessary to develop phonetic hearing (meaning differentiation of speech sounds), phonemic representations, sound analysis and synthesis at the age of 4-5 years. However, 6-year-old children already lose this particular susceptibility and sensitivity to the sound side of the language and are more prone to reading.

Being patient during the growth and development of your child is not an easy task. It is because they are at an early age and depend entirely on their parents. Whereas, on the other hand, parents are sure that they want the best for them, in this way “mold them”, and teach them what they can do most because when they grow and the retentive they will have, goes to several.